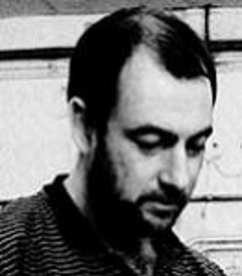 Roy Fairchild was born in 1953 in Surrey, England.  Roy Fairchild's surfaces are rich and sumptuous and he uses varied interwoven elements such as fabrics and flowers in his work.  The crumbling plaster work of ancient frescoes are also alluded to in Roy Fairchild's use of plaster as a base for acrylic and oil overpainting.
Roy Fairchild blends the technical skill of his background in graphic design and illustration with a love of Renaissance art to create his widely collected etchings and serigraphs.
Roy Fairchild began to draw as a child and at 16 he began to study technical illustration, earning his degree in graphic design. Fairchild set up a studio and continued to develop as an artist, supporting himself and his family by working as a freelance illustrator. Roy Fairchild illustrated numerous items, including books, record sleeves, advertisements, and graphic works under the name “Woodard.” By the 1980s, Roy Fairchild reached a level of financial security that allowed him to pursue his art full-time and he began signing his works with his family name, “Fairchild.”
Roy Fairchild finds inspiration in the paintings and frescoes of the Italian Renaissance. Its influence is apparent in the textures of his works, using plaster to recreate the feel of an age-worn fresco.
Roy Fairchild creates etchings, paintings, and serigraphs, as well as commissioned designs. His subjects are often women in graceful, introspective poses, and artfully arranged bouquets of flowers. When he isn’t traveling through Europe seeking new sources of inspiration, Roy Fairchild spends his time working in his home in the English countryside.