As a former cartoonist and leading figure of the Pop Art movement, Tom Wesselmann spent many years of his life repurposing popular imagery to produce small to large-scale works that burst with color. Active at a time when artists were moving away from the realism of figurative painting and growing increasingly interested in abstraction, Wesselmann opted for an antithetical approach: He took elements of city life that were both sensual and practical and represented them in a way that mirrored Roy Lichtenstein and Andy Warhol's own methodologies.

Wesselmann considered pop culture objects as exclusively visual elements and incorporated them in his works as pure containers of bold color. This color palette became the foundation for his now-iconic suggestive figurative canvases, often depicting reclining nudes or women's lips balancing a cigarette. 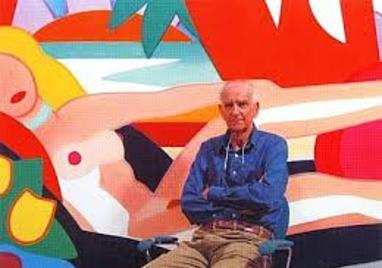