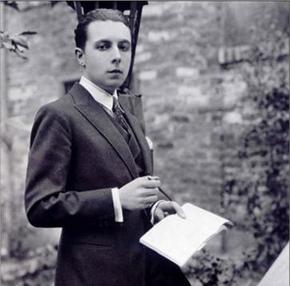 Erte, born Romain de Tirtoff, was known as a painter, sculptor, lithographer and set designer.  Erte designed costumes for the legendary dancer Anna Pavlova and the performer spy Mata Hari.  From 1915 to 1936, Erte designed every cover of Harper's Bazaar.  Born in St. Petersburg, Russia, Erte said he decided to be an artist from the moment he could use colored pencils.
The designs created by Erte during his long and illustrious life influenced not only the world of theatre, film and fashion, but an entire art movement as well. The genius of the artist is evidenced by an enormous body of work that is considered among the most influential and unique of the 20th century.
Erte—Romain de Tirtoff—was born in Russia in 1892, and died at age 97 in 1990. His legendary career spanned nearly the entire length of his life. In 1912, Erte moved to Paris and his unique talent was immediately recognized by the city’s most established couturiers. In 1915, he began an association with Harper’s Bazaar by designing covers of each of their magazines for the next 22 years.
The influence of his work as a result of the high visibility of this periodical influenced an entire art movement that was to become known as “Art Deco”. Throughout this period, Erte also created original costume and fashion designs for many of the era’s most renowned screen actresses, including Joan Crawford, Lillian Gish, Marion Davies, Anna Pavlova, Norma Shearer and others. His creations for the stage included extravagant designs for productions at such venues as New York’s Radio City Music Hall, the Casino de Paris and the Paris Opera, as well as for the Folies-Bergères and George White’s Scandals.
At the age of 75, Erte was encouraged to embark on a new career and began to recreate the remarkable designs of his youth in bronze and serigraphy. The Art Deco movement was hence reborn. A lifetime of international success and recognition has ensured this unique artist's place in the annals of art history, and his original designs grace the permanent collections of prestigious museums throughout the world including New York’s Metropolitan Museum of Art, Museum of Modern Art, the Smithsonian Institution and London’s Victoria & Albert Museum.