Sam Park was born in Seoul, Korea.  Early on, Sam Park attracted the attention of prominent artists and heads of state. Byen Si-Jin, former university president of Jo-Joo Island, was his private art teacher and mentor. The former president of South Korea, Yoon Bo-Sun, personally awarded him many first place prizes in the national competitions of the Mok-Woo Art Society. Sam Park is still the youngest person ever to have competed in these competitions.
After graduating from Jung Ang University, Sam Park moved to France where he was greatly influenced by the French Impressionists.  Sam Park continued to study and his style has evolved into a combination of impressionism and hyper-realism.
Sam Park returned to Korea briefly in 1984 to participate in the national Olympic sponsored art competition for the upcoming 1988 Seoul Olympic Games. With more than two thousand entrants in the competition, Sam Park won and received a Gold Medal. Following the Olympics, Sam Park's painting was purchased by the Hyundai Corporation for permanent display at their corporate headquarters.
Sam Park's artistic style is reminiscent of the great impressionist painters combined with a brilliant color palette; he is most renowned for his European landscapes and cityscapes.
The internal prism through which Sam Park refracts the scene before him produces a soft, romantic light, a manifestation of the sense of harmony and serenity that he seeks to experience and convey.
While some aritsts seek to challenge and confront the viewer, Sam Park seeks to reassure. Sam Park's canvases are filled with beautiful, refreshing, invigorating color, as if you can feel the gentle breezes that are blowing in from the Mediterranean.
Sam Park's ability to capture light and paint subject matter of a broad range has contributed to his tremendous success and acknowledgment throughout the world.
"If I can capture the sky, from whose light all color flows, I know the rest of the picture will fall into place. Next I paint the sea. Finally, I fill in that which lies between." — Sam Park 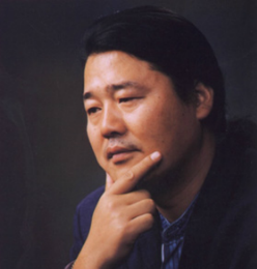